Home Other 5 Things to Know About Human Trafficking
Other

5 Things to Know About Human Trafficking

Human trafficking is a challenge prevalent in other parts of the world and the United States of America. It refers to the unlawful operation of transporting and acquiring an individual for forced labor or coercing them to engage in commercial sex unwillingly. It is mainly focused on enslavement and exploitation. Therefore, it does not necessarily involve movement. It is termed the current form of slavery and the number of slaves present today exceeds any other time in the past. The five things that you should know about human trafficking are: 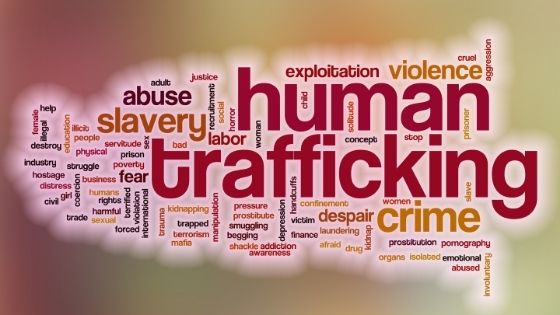 Human trafficking is an issue that affects all continents across the world. It is mainly experienced in New York, Texas, Florida, and California in the US. This crime is a domestic and worldwide challenge where individuals are traded between their nations, bordering countries, and other continents. The amount of human trafficking victims across the globe is approximately 24.9 million. Pope Francis termed it the current form of slavery that infringes human dignity, therefore, being a severe violation against humanity. This violation against human dignity does not discriminate against age and gender as males and females are usually affected. Children and women are generally trafficked for sexual manipulation, while men are mainly exploited for compelled labor. Additionally, children are also used for child labor, pornography, and coerced begging.

Forced labor and sexual abuse are the prevalent forms of human trafficking, whereby females are the most affected. Other types of this crime, such as organ removal, coerced marriages, warfare, sex trade, and child begging, are not commonly disclosed. Based on the various types of human trafficking, the traffickers employ different tactics in different areas. In some places, crime can occur through the hospitality industry or construction sites.

The Causes of Human Trafficking are Complex

The factors fueling human trafficking are complicated and intertwined. Some include social, political, and economic aspects such as low social and financial status. These factors do not lead to human trafficking, but their integration with other elements increases the chances of becoming a victim. Other factors include economic disruptions, civil unrest, inaccessibility to employment and education, corruption, poor governance, and lack of human rights. Human trafficking resources such as programs, outreaches, and other initiatives are critical in preventing this human violation.

It Is a Thriving Industry

Besides drug trafficking and illegal arms, human trafficking is the most significant illicit international industry globally. It is believed that forced labor makes 150$ billion of profit annually. More than half of the profits are generated from commercial sex abuse, while the rest comes from forced labor. The prosperity of this industry is a result of combined efforts from other businesses such as advertising, transportation, financial, and hospitality sectors.

Being a victim of human trafficking is a stigmatizing experience; therefore, social workers, law enforcement, and healthcare providers should deal with the victim professionally. It is because it takes longer for them to attain trust and share their experiences. The professional should, therefore, provide them with a safe environment where they feel comfortable expressing themselves. The victims do not necessarily visit the health centers because of human trafficking but other reasons such as birth control, STIs, and other things. Some of the symptoms result from stress and trauma; therefore, it is critical to inform them of such cases as a way of helping them to deal with the traumatic experiences. The best way is to provide them with the necessary information to make more comfortable decisions.

The Survivors of Human Trafficking are More Substantial Than Their Experiences

The most significant way of dealing with human trafficking is stopping the crime from taking place. The various efforts in education, agriculture, shelter, and many other initiatives enable people to succeed at home. Working together inhibits the activities of human trafficking and helps the victims to heal from their trauma. Such individuals are not defined by their life experiences and are just ordinary people with their dreams. Clinical treatments such as Trauma Based Cognitive Behavioral Therapy equip the survivors with the necessary healing skills from trauma. Therefore, if you experience or suspect any form of human trafficking around you, it is important to report to the esteemed authorities. As humans, we should be at the forefront of fighting this violation against humanity.

Julia is a software engineer and has 5 years of work experience. For the past 2 years, she has been writing blogs on technology and cyber security. Being an engineer she shares informative blogs. Julia also likes playing MMO games and trekking.

6 Ways You Can Prepare For UPSC Coaching While Spending Less!

5 Gifts to Get Your Significant Other

Most Romantic Birthday Gift For Your Girlfriend