The Healing Effects of Prayers and Meditation on Brain

A lot of us believe that prayers are all that is needed to heal us, whether it is any life problem or mental health issues etc. Just pray, and all your problems will be solved. But one has to understand prayers are not magic; nothing is solved magically.

You can’t expect God to solve your problems in a second because you said a prayer. Interestingly, people who find solace in prayer are often unconcerned about the outcome. Many argue that they pray because they feel less alone in their times of trouble; prayer makes them feel connected to the Creator and gives them a sense of support that tides them over the rough patch. 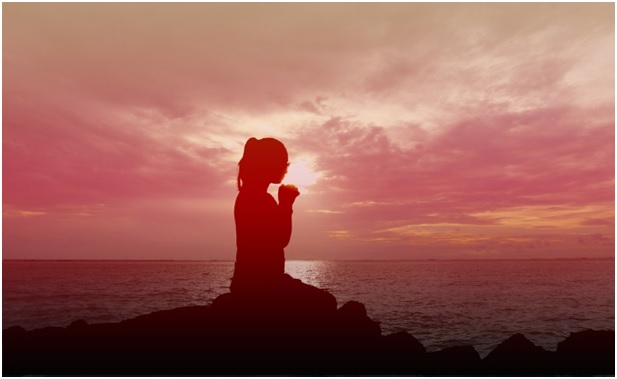 Still, others state that prayer is like meditation and catharsis for them; they use prayer to channel their anguish and frustration, which keeps them sane, much like therapy. Still, others find happiness and contentment in prayers; some people believe that praying calms their hearts and gives them joy.

Whether you are a religious person or not, there is some truth to these claims. Intrigued, researchers often try to understand how prayer affects the brain. In his article, we will discuss some proven facts about the effects of prayer and meditation on the human brain.

Dr. Andrew Newberg, a neurotheologist, has found that prayer and meditation affect the parietal lobe of the brain – the area in our brain related to sensory information and helps us from our sense of self.

Dr. Newberg examined the brains of people who have established prayer times, i.e., they pray or meditate at fixed timings for more than 2 hours a day to find that the parietal lobe goes dark when they are at the peak of their concentration during prayer or meditation. It shows that at that time, the sense of self of that individual is blurred, and they feel more ‘at one’ with the universe.

Moreover, since the sense of self becomes blurred, it is possible to train your brain to adopt or reject behaviors. For instance, individuals can teach themselves to become more compassionate, kind, and forgiving. Similarly, they can teach their brains to focus more on certain traits, which can cause them to excel in their work.

In fact, a study shows that employees of a high-tech firm improved their productivity dramatically by meditating for just a few minutes every day! The conclusion can be drawn that prayer and meditation, when done with absolute focus, have the power to sculpt the brain and make it create new neural connections to achieve the desired behaviors and mindset.

2. Helps us in Fight or Flight Mode

When you are struggling with something that is freaking you out, and you feel like running away in that situation while on the other hand, you have conflicting thoughts that you should probably fight this. In this situation, prayer and meditation might be the answer.

You are probably wondering, how? According to Dr. Paul Hokemeyer, “Prayer and meditation are highly effective in lowering our reactivity to traumatic and negative events”

Prayers give a person the ability to reflect on a certain situation. Dr. Paul Hokemeyer further says, “They are powerful because they focus our thoughts on something outside ourselves. During times of stress, our limbic system, more commonly known as our central nervous system, becomes hyper-activated, which does two things: it thrusts us into survival mode where we freeze, fight, or flees the situation, [such that] we move away from the present state of being into a future state. This also shuts down our executive functioning [and] prevents us from thinking clearly. This is why when we’re stressed out, we can make poor decisions and act in self-destructive ways.”

Here, prayer and meditation give a person the time to reflect on their situation; they act as a calming draught to the brain and bring it away from its hyper-activated state to help it make rational decisions.

Dr. Loretta G. Breuning’s research concludes that meditation and prayers can trigger the release of good chemicals in your brain.

Dr.Breuningsays, “Oxytocin is known for its role in maternal labor and lactation, but it also [enables] social trust and attachment, giving us a good feeling despite living in a world of threat,” says Dr. Breuning. “It’s the idea of ‘I can count on something to protect me.’

In the Quran, Allah says, “Unquestionably, by the remembrance of Allah’s hearts are assured” – Quran: Chapter 13, Verse 28.The Bible and the Old Testament also have similar verses that show believers that they are not alone in their hardest times, causing them to put their faith in the divine in helpless situations.

4. Help You Control Your Actions

When you pray, and you believe that your actions are accountable, and God will reward or punish you for it. This gives a sense of control and satisfaction. You believe that through prayer and meditation, you are taking the right actions that will bring positive outcomes.

There are certain principles to prayer & meditation; if you are a religious person, you live your life according to a religious code of life (whichever it may be) that states what is good and bad. Therefore, when you pray and meditate, you are less likely to deviate from that path, and thus, you are more mindful of the actions you take.

Prayer & Meditation Can Heal the Brain

Prayers and meditation are a long but the most effective way to heal yourself of all the traumas and tragedies you went through or are going through. They have the power to alter our perceptions as we can train our brain to make new neural connections.

Moreover, prayer & meditation trigger happy hormones and make the brain think positively even in the direst circumstances through a staunch belief in the divine or the oneness of the universe. In this way, they bring perspective and belief that helps humans process their traumas in a healthy way to heal and prosper.

7 Benefits of Buying A Car Online

Backyard Gardening: Grow your Own Food, Improve Your Health

5 Gifts to Give Someone That is Moving

10 Guidance On How To Select The Right...

A Guide to Choosing the Perfect Baby Name...

Why You Should Dress Your Baby in Bamboo...

6 Great Gifts to Get Your Boss

5 Creative Gifts to Give this Holiday Season

Diwali Gifts that Would Fit in your Budget